“The holidays are supposed to be about peace and joy, so why am I feeling so stressed?”

If you’ve felt this way, then I’ve got the help you need! Are you are experiencing any of the following symptoms?

Don’t allow stress to get the best of you this holiday season. Schedule a consultation with me TODAY to have your adrenals tested. Your holiday season CAN be about peace and joy! 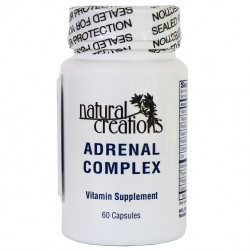 Check out episode 95 of The Feeling Good Podcast, where we talk about the Christmas season and all the hustle and bustle that comes along with it, as well as the stress. I know all about stress during the holiday season. Holiday stress is very real, but there are ways we can harness holiday stress. Listen now to find out how YOU can harness the holiday stress.

Schedule a call with me today for a FREE health consultation and find the right coaching package to get you feeling good again!

*This week I have my editor, and first born son, Cody Carson guest writing on the blog. He and his wife live in North Carolina where they are missionaries with the Charlotte Eagles Soccer Club. You can find out more about their ministry by clicking here!*

Buddy the Elf really is magical! If you don’t know who I’m talking about then you probably haven’t seen the hilarious movie Elf, starring Will Ferrel. It is one of my and my wife’s favorite Christmas movies, and we’ve seen it on television several times throughout this Christmas season. I’ll catch up on it if you have never seen it, no spoilers here because you really should watch it ASAP if you haven’t had the pleasure … Buddy is a human orphan that climbed into Santa’s bag of toys as a baby. He was taken back to the North Pole and raised as an Elf. As he grew though, all the other Elves began to notice that he was a little different, mostly because he was three times their size, but Buddy never considered the fact that he wasn’t an elf. It wasn’t until he was 30 years old that his world came crashing down around him! Papa Elf, his adopted father, told Buddy that he was a human and who his real father was. Upon learning that news Buddy set out on a journey to New York to find his father and throughout the movie his Elf culture continually and hilariously clashes with human culture. One major difference in the two cultures is the food they eat. As Buddy explained at his father’s dinner table one night, Elves have four major food groups: Candy, Candy Canes, Candy Corns, and Syrup. Now this is where the magic really comes into play, because if that is mostly what elves eat, then they wouldn’t be cute and little for long. Buddy the Elf, who is already 6’4″ would probably be over 500 pounds, if that is what he had eaten his whole life. With a sugar filled diet like that, every elf would certainly be type II diabetic. They wouldn’t have a need for those cute little wooden shoes anymore, because both of their feet would have to be amputated. There would be no more time for making toys, because they would have to be making insulin just to survive.

We laugh at the silliness of Will Ferrel’s character, but during the holiday’s how many of our own diets aren’t too dissimilar from his four main food groups? We have to realize that we aren’t magical like Buddy, and that we can’t continue to eat unhealthy diets and still be healthy people. It just doesn’t work like that for humans! However, there are several ways we can imitate Buddy that will help us have a more enjoyable Christmas season!

Buddy always has a smile on his face, and he takes it upon himself to use his smile to spread Christmas cheer! I would challenge you to do the same. Don’t be caught with a frown on your face this Christmas!

Buddy is unapologetic about love! For the people that mean the most to you make sure they know it this Christmas! Don’t let the year end without telling your family and friends that you love them. Compliment people this Christmas! Everyone hears enough criticism on a daily basis. Be the one to break the negativity cycle and use your words to build people up and put a smile on their face and yours!

Although Buddy’s diet borders on the worst I’ve ever seen, his Elf character traits is something we can all aspire to this Christmas. If we can eat less like Buddy and act more like him then we will all have a merrier Christmas!